Irene Black has discovered she is famous in Bordeaux in France – having been visited by seventeen French teenagers from the city's  Lycee de l'Asomption who have been studying her novel, Darshan, for their Baccalaureate literature exams.

The sixteen-year-old girls asked her questions about her book, which is partly based in Oxford, America and India in a two-hour session on Wednesday at her home in Merrow.

They bought gifts, including a scrap book of English ‘letters’ to her as part of their lesson where they wrote about Darshan. One of them says, ‘The choice of an Indian main character has attracted me and thanks to that I’ve discovered a culture that seemed unknown to me… thank you for this original and very breathtaking book.’ 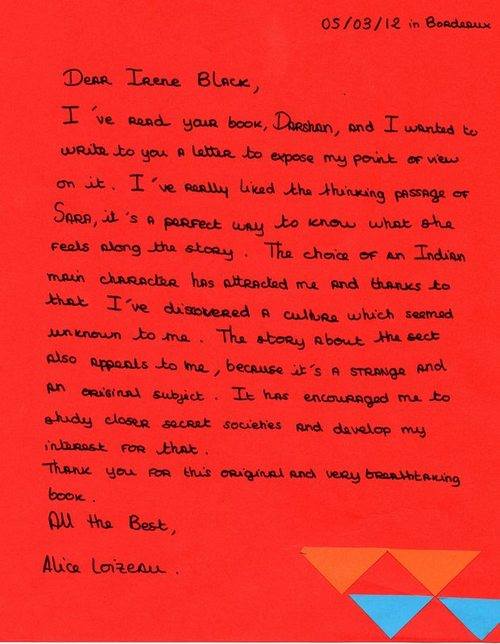 Jennifer Margrave, director of Goldenford Publishers made a fleeting visit at the time and was told by Françoise Clamens, the lead teacher, that they compared Irene with other famous Surrey authors, such as George Eliot and Jane Austen, having found her on the Surrey Writers website. 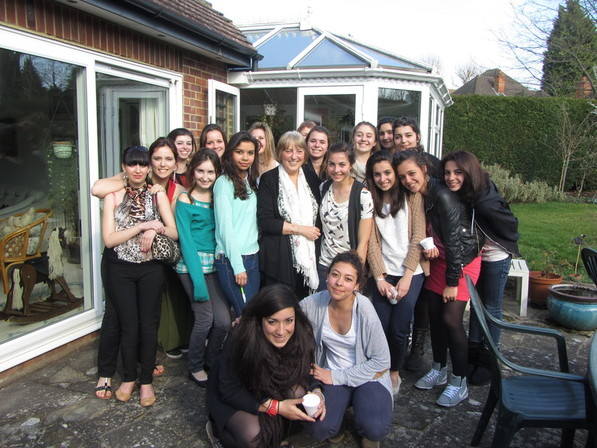